Threads that Bind the Tempest (Book 3)

The Trinity and the One's latest adventure threatens to unravel both themselves and the universe. 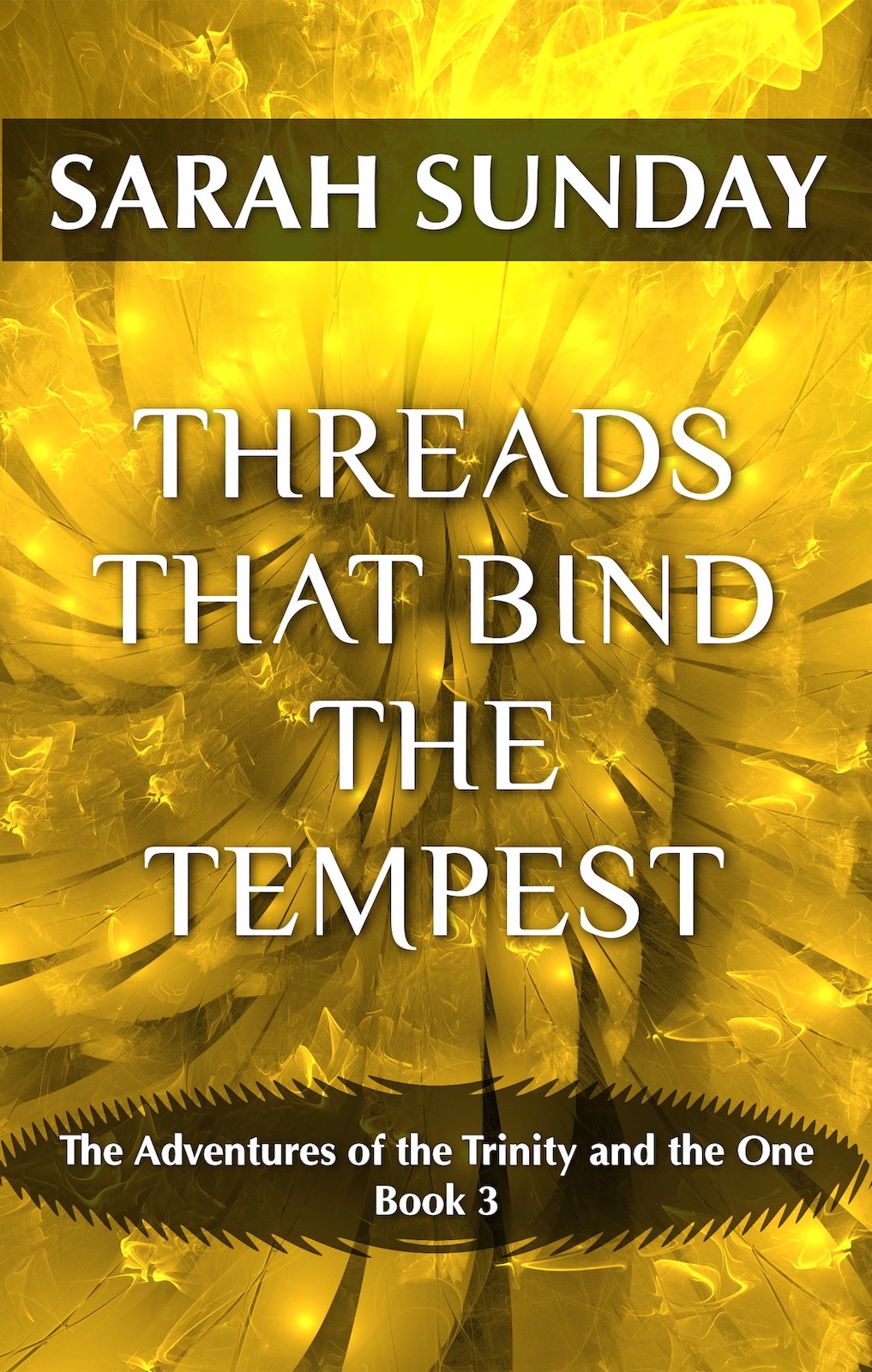 In the months following the Trinity and the One’s success in preventing the Demon Chief Sargon from invading Tyra Kolaq’blegae, Cyclone, King, Spellbinder, and Farrco have been waiting for their next quest. It finally comes to them from a pair of researchers who believe that the laws of reality are being modified. Setting out to discover the truth of this hypothesis, the group endeavors to untangle the web of mysteries surrounding it.

The Trinity and the One journey across time and space to find the source of the manipulation of reality and stop it from altering the universe further. The quest takes them into the end of their previous incarnations, the former Trinity, and forces them to confront their own identities as the new Trinity and the One. Terror and madness lurk on their path as the impossible becomes reality.

The tempest at the center of it all awaits whatever is left of the Trinity and the One.

JWildfire for allowing me to generate the cover art