The End of the Second (An Apology)

The End of the Second Generation Humans: The conversation between Mariopa, High Priestess of Eisatanlon, and Jar'jul, the forsaken Human leader before the end of the Humans by Catasore. 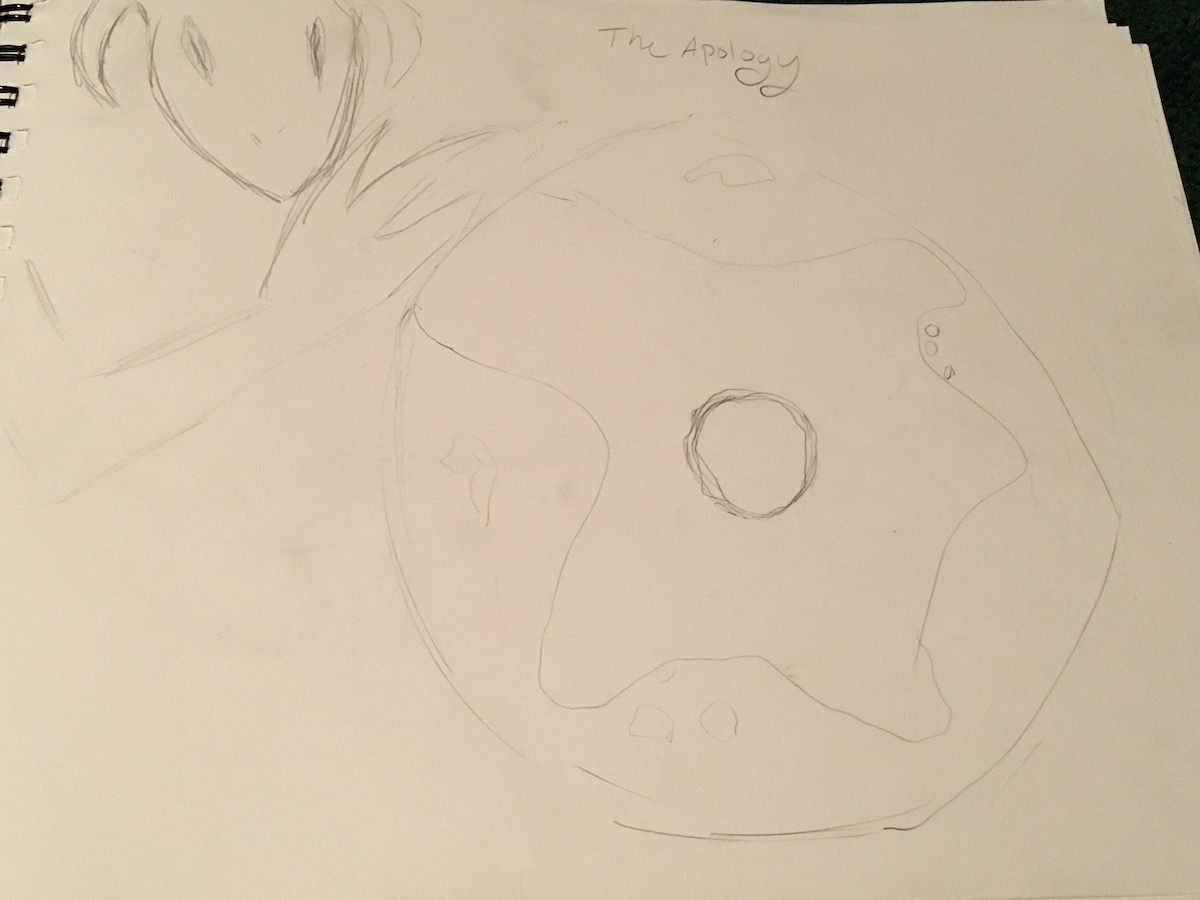 The end had come for the second generation of Humans.

They had been led to this end by Caraseis, or, rather, Lien Makiahvale as he was known once. Caraseis who led them to war, the grueling war that would be their end. The end of their existence, the same fate as the first Humans.

This was, perhaps, expected from the beginning of their creation, for two was an omen. It may have also been expected the moment Magvierak was destroyed. It may have definitely been expected when they broke the taboo and invaded Eisatanlon.

But it was only prophesized the moment Caraseis’s head was sliced off with the Scythe of the Grim Reaper before Mariopa, High Priestess of Eisatanlon.

The prophecy was Mariopa’s anticipation and so what she did next was her duty to those that would be gone soon. Splattered with blood of Caraseis, she left Eisatanlon for Earth without wasting a moment on whatever lingering battle was transpiring on her sacred world.

There were hardly any more moments left for Earth of the second generation Humans. They broke the taboo of invading Eisatanlon after bringing Magvierak to extinction save for one and so all the wrath of the Empire was raining down on Earth in return.

But Mariopa did not come out of wrath. She came to say things that ought to be said to at least one Human before the merciful end.

So she appeared in the Human capital of Babylon’s Sanctum where Jar’jul, now leader of the Humans, was standing like he was already gone—like it was all gone. For it was. For even if their end would not come from Catasore, it would come from the Empirians sundering their planet and people.

And it was happening all around them. Anguished passions blazed outside, carnage on display without slaughter, and there would be soon nothing to show for any of it but a broken Earth.

He turned to her, looking away from the windows that showed him the tangible end of his race and instead towards to the one that would share the coming greater end for them.

“Shalaeyah, High Priestess,” Jar’jul returned swiftly, taken aback by her presence. He bowed quickly. His hair was long and braided and his robe was a stunning mix of blues and blacks—it brought out the color of his eyes. And it also contrasted against her red robes—even redder due to the blood still sticky against it. “Why are you here?” Concern flashed over his countenance, as he stared at her, due to everything around them and everything of them, but not of what laid in the future beyond his knowing. “You should not be-“

“I am and will and shall,” she said, “for I have seen this end.” She had seen all that mattered and was here to say things that would matter little but make all the difference anyway.

“Aye, it is the end. It is over. We did not do enough to stop him, to curb this madness, and so…this is deserved,” he said. Then he shook his head, eyes glittering. But then he closed them and asked: “We brought this upon ourselves, did we not?”

Mariopa moved in closer to him, taking in all that he was. “You worshipped too strongly,” she simply said to him and that was all she had to say for him to know what that meant.

What it meant to the only race made and unmade and made again. What end truly awaited them. Not the one being brought by the Empire in wrath…bashl, it was the one that only Catasore could bring and it was not from anger or any such notion.

“We did,” he whispered, eyes open at her, realization washing over him. “This is…we are…we are to fall as they did. We became too much like them.” His dark fingers twitched and she stepped a few paces closer to him.

“It was…inevitable, in a way,” Mariopa said, staring out into the expanse of what the second generation Humans had built and cultivated. It was being ripped to pieces, but still it persevered, burning hard in these penultimate moments. The beasts of Earth fought at the order of their masters and they all fought so bravely against the invasion.

But only for a few more moments.

Thus she returned to Jar’jul, who would not be here for much longer at all. And he knew that now, and that realization was reverberating through him, maybe drowning him in its absolute nature.

“So…we are to end utterly,” Jar’jul said as she came right up in front of him. “We are to end as they did. We let one of us drag us all to madness and we devoted ourselves too fervently to that end. We worshipped too much and so our end is the same.” He laughed hoarsely for a short moment.

Mariopa went and embraced him then. Still holding onto him, she nudged him to look up—for this building had a ceiling that allowed them to gaze up into the sky. It was quiet and empty now, somehow. It was not marred by any specter or presence of war. It was a dainty blue hue and dotted with puffy clouds and soon…it would be filled with something that was of everything and of nothing.

“Thus we go to the oblivion of nothingness—that is our punishment,” the Human continued, his fate clear to him in near full. “This obliteration is punishment for our inaction, our madness, and our worship.”

“This is not a punishment, this is an apology,” Mariopa whispered to him her belief, holding onto him. It was a comfort she could give, along with her words. Her words that were ideas from the imminent future rendered crudely and imprecise. So she continued: “Besides, you will not be nothing, Jar’jul. Your existence—all of your existences will be remade.” Tears fell from his sparkling blue eyes. She wicked away a drop from his face and took his face into her hands, forcing him to look at her now. “Like drops of rain you will return to being. One by one, you and your people will be reborn again, falling back into place across this land. This is an end, but it is not the end for Humans in Buhukiea. This is momentary Dialona for you all.”

“Etae to, Mariopa,” Jar’jul whispered, which was a testament to something else entirely and Mariopa beheld it.

Beheld it, him, these Humans, until the end came for them all and that was something to behold too.

The end, tangible now, started with the Sanctum. It crumbled away, fading away into a sea of primordial existence. They looked up together and saw Muanore-Ramek Catasore looming over all, acting directly in her domain, remaking it before them.

Shimmering gray was swiping over them and, before it came over them, Jar’jul echoed: “Dialona…”

And then Catasore took him away—as she took them all away, hand waving across Earth and thus all of Buhukiea, removing all of the second generation Humans from being.

And so Mariopa, holding onto nothing, no blood on her, fell to the surface of Earth, raw and without trace of civilization. Her fall was graceful and short, unlike those that were gone now.

On the ground, she sat. She sat for some time, looking out into this present, seeing it again. Distant cries of beasts without their masters echoed forth, Empirians without Humans to punish roared out in furious anguish, and the planet screeched in transformation wrought from grief.

There were no more words here. No more words and nothing more for her to anticipate. So Mariopa left and would never return.

But the Humans would, in time. This was another end and another beginning would be deserved for them. Another Dialona.