The End of the Second (An Apology) - First Draft / Original

First draft/original version of The End of the Second (An Apology) story. 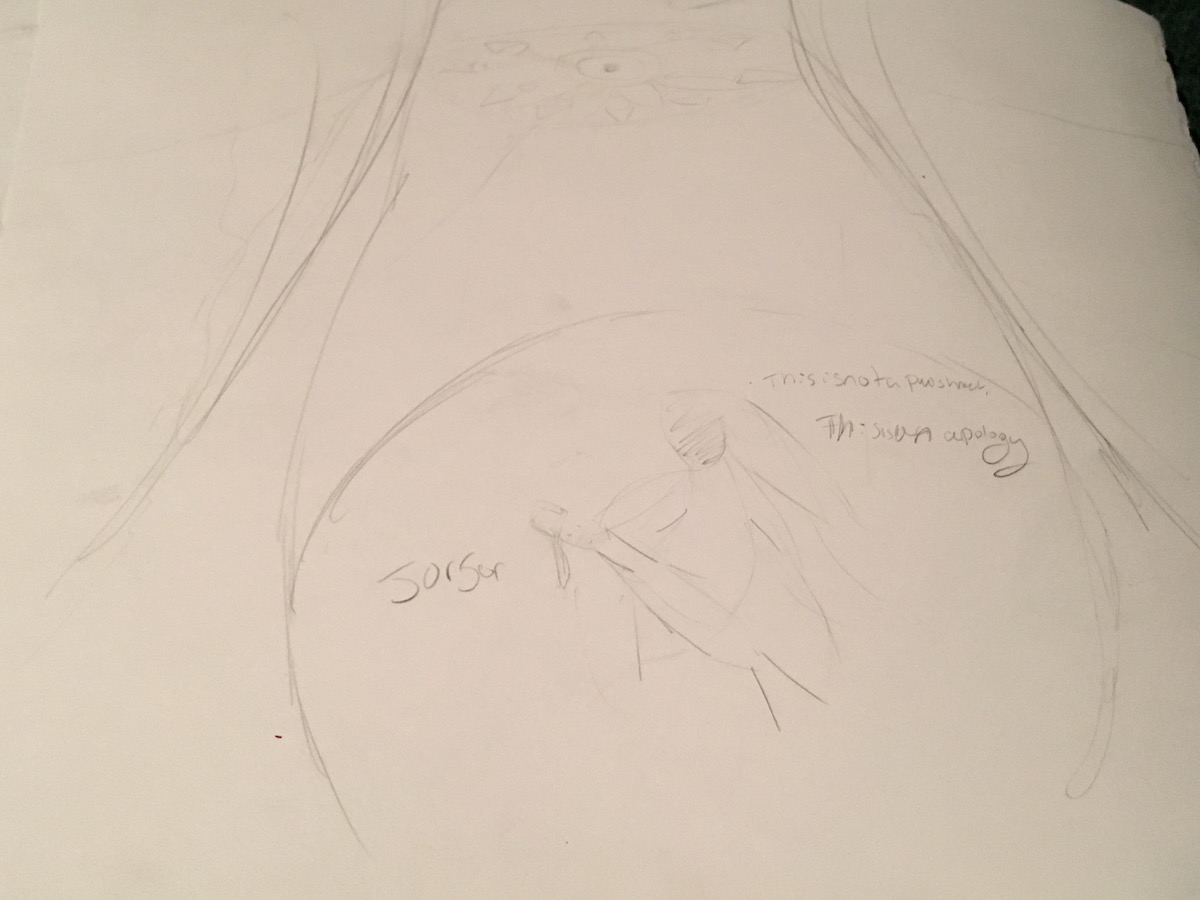 This was originally titled ‘Apology vs. Punishment’. I retitled it when I rewrote it. It is very skeletal, but gets the general point across. Character names have changed. Maryah -> Mariopa, Jarjuk -> Jar’jul.

The High Priestess of Eisatanlon waltzed into the Human Sanctum at Babylon where Jarjuk, the leader of the Humans was standing ghost-like. Maryah was graced with blood on her gowns.

“Shalaeyah. You should not be here-”

“It is over. We have brought this upon ourselves, have we not? I should have done more to prevent this.”

She came over closer to him. “There was nothing to prevent. This was inevitable in a way.” She stared upward.

“You became too close to your predecessors.”

“You know what comes next,” she said soothingly. “Come to me.” He complied.

“We are to end, then?” Jarjuk asked as Maryah embraced them and they settled to the floor.

She did not answer. The silence performed well enough.

“Did we devote ourselves to fervently? Did we…worship?”

“You did what you could, Jarjuk,” Maryah soothed.

He was staring up at the glass ceiling, where the sky glittered and the universe played on. The sounds of war and the end of them were gracing the edges of this Sanctum.

“This is not punishment. This is an apology.” Maryah’s hands grazed over his torso.

“We go to the oblivion of nothingness.”

“Bashl. You will return to your most basic state and be reconstituted. We are elements of another kind. Your essence, your existence, will transcend and become anew. Catasore will do this. You will be free from the form she has plagued you with.”

Tears fell from his eyes. There was a deafening silence coming towards them. Swiping away everything.

She wicked away a drop from his face.

“Like drops of rain will you return to being. Fresh and without pain. The Humans will rain down again, purified and reborn.”

The power of Catasore caused the Sanctum to fall apart. The stained-glass ceiling caved in on itself and shards fell inward to nothingness. It was the last thing Jarjuk saw before the hand of Catasore took him and all of it away.

Maryah sat still while it happened.

In the wake of Catasore a ring of flowers and wildlife pretty encircled her. She rose and left.