Commissioned Art of Ra'uw'la in Armor 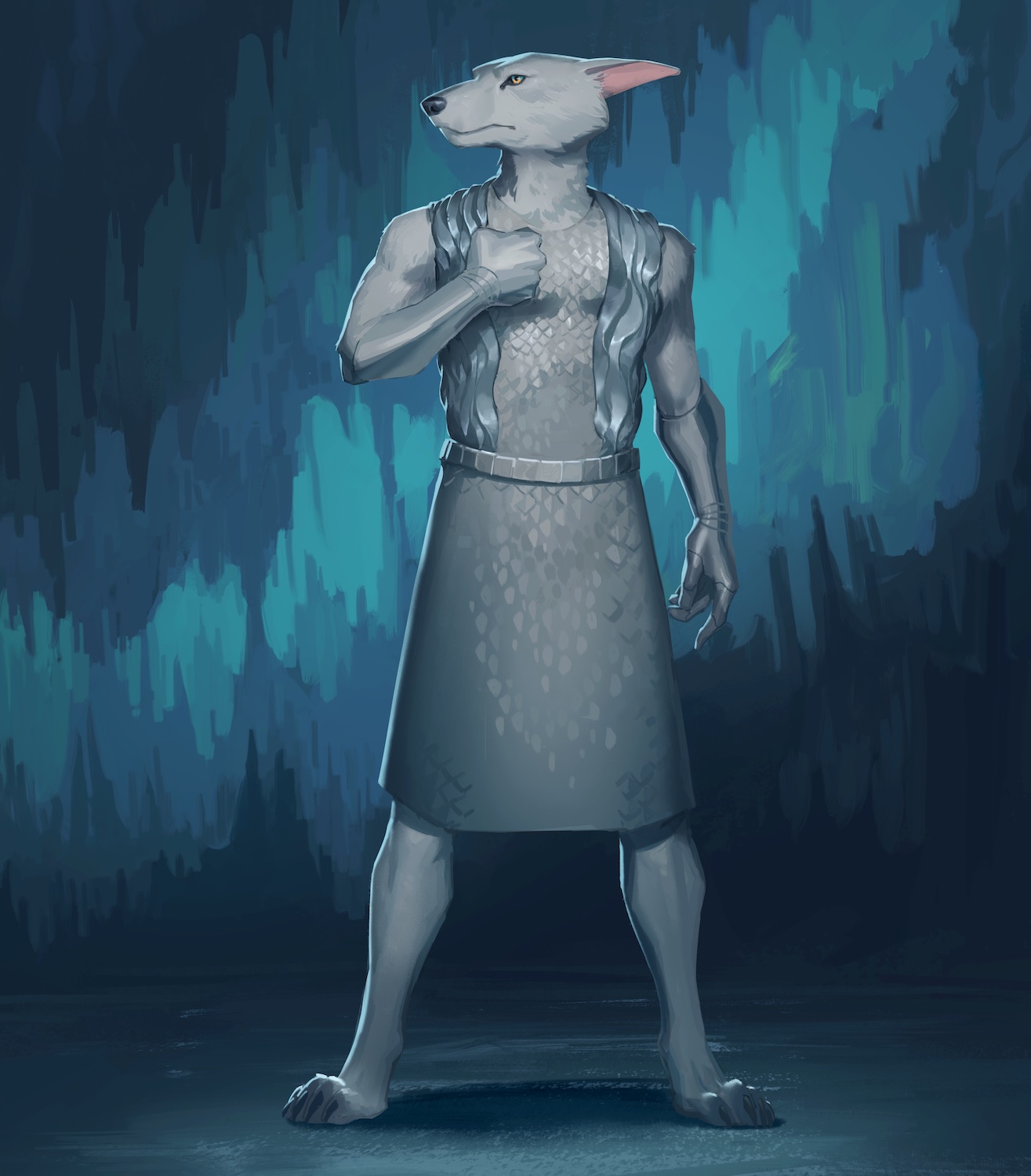 Ra’uw’la Vuwai joins Hequera/Dien in having commissioned art made of them! Woohoo! AR Sullivan was the artist I went with for Ra’uw’la. Although I had went with AR Sullivan primarily for Spellbinder/Farrco, I had planned on Ra’uw’la getting commissioned by them eventually too, as they had done these wolf-ish Humanoid characters. It made sense.

The idea I had for Ra’uw’la’s art was with him in his armor, in a proud position, inside his abode, like a blue-ish cave. He would be kind of posing, as if for a portrait, with his hand on his chest. The armor…well, that was going to be the trickiest part. This is mainly due to the embellishment on the torso’s sides, which I can visualize in my mind but I cannot draw it. They’re like spindly sort of metallic cloth, acting as a quasi-‘vest’. Swirly, candle-like…hard for me to describe.

Here’s my attempt at drawing the armor:

I asked for like a black and white initial sketch, whatever the most basic step was, to figure out the shape and such. Unlike Spellbinder/Farrco, I didn’t have clear/articulate drawings of Ra’uw’la so there was going to be more figuring out. And so we began with one!

I drew out my comments as usual:

And here Ra’uw’la is shorter, less bulky, with his ear tweaked and the belt added. The armor ‘swirly’ bit would be developed soon… The belt I had some comments on, style-wise, but we proceeded to color.

Everything looked great (with some minor comments), but the armor still didn’t have the ‘vest’ swirly thing in place yet. To try to better articulate it, I attempted to draw it over this the sketch.

The left one, the ‘A’ option was definitely more what I was thinking. And so…

And here we are! I really love the background, his eye color, and like his general fury appearance. He looks regal and sad. The armor was tough to figure out, but it worked out in the end. This definitely feels like Ra’uw’la in a proud and respectable position, but having the tease of his deeper, complex emotions.

The only thing from this that I’d need to figure out, in general, is how Wolfen’s legs really work. Like if they have more of a permanent bend to them or not. I’m fine with how this looks, even if it may not, perhaps, be accurate leg-joint wise in the end.

Anyway, thanks to AR Sullivan for bringing Ra’uw’la to life! Super sharp! All artwork done this month was from book 11 or some ideas for it. {% include image-gallery.html gallery=page.gallery %} 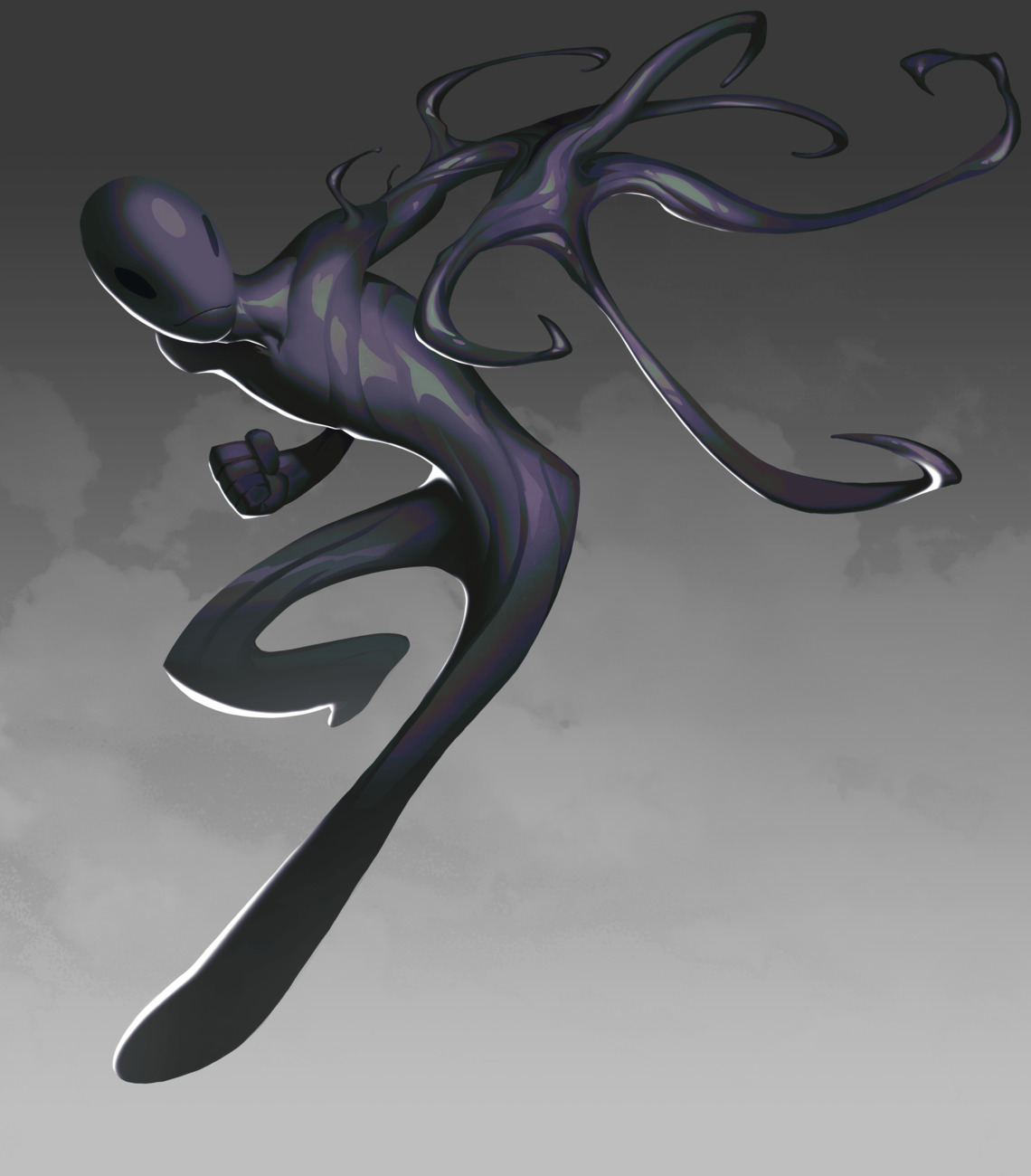 I commissioned AR Sullivan once again, this time to do Kulaszar! Kulaszar…who is a Shafien, as in, a shapeshifter. He does have a ‘normal’ form he takes, but…he also can take the form of anything else and has changed into some very interesting shapes in the past. I wanted him in a basically ‘normal’ state but showing off his abilities in the form of tentacles. He makes himself tentacles often so it made sense to me. Given his abilities, though,...