I haven't hashed it out that much, but I'm thinking about taking a break of some sort between book 4 and book 5. I don't know if it'll be a few months or just a few days, but I'm planning on working on a side-project, The Lost, intently for a little bit. Whether I'll finish it in this break or not, I don't know. I just have a feeling that after book 4 I'm going to need to spend some time just thinking and planning--not completely writing.

Because book 4 marks the end of the first four novels, which are thematically linked. They are like their own complete arc. The next four books are their own set, so I want to be in a fresh, thoroughly planned out mindset for them. Also to give the first four some time to settle. When book 4 comes out, I'm planning on making HTSW perma-free and maybe price dropping Harmonic Waves. So I can market that. I'm also thinking about creating a streamlined four pack of them. Maybe do another editing run on each of them. I don't know. Just some maintenance/pressing forward ideas. What better time would there be to do it then after completing a whole arc? Probably never. So yea. Those are some of my ideas.

Whether I'll actually do them is an entirely another issue, but yea.

I don't know if all the above actually constitutes 'taking a break' but to me it is. When I was writing the other books, I didn't take a break in between. I just kept going at it. Writing and editing. Not a moment really wasted. Like time was slipping away and I wouldn't be able to finish. But I've written three books and polishing up a fourth. That's amazing.

The creators of Game of Thrones said they'd be happy to get to the Red Wedding and they did.

I got these four down. Four full length novels telling these stories in full. I did it.

Maybe a break is needed so I can do it again. The next four can come out and the first four are solidified in full. And over and over again until I am gone from this world. That's what the end-game is---keep playing until there is nothing left of me to give.

When I rationalize it like this, the break isn't so much a break but an interlude.

Everything is an interlude for something else. 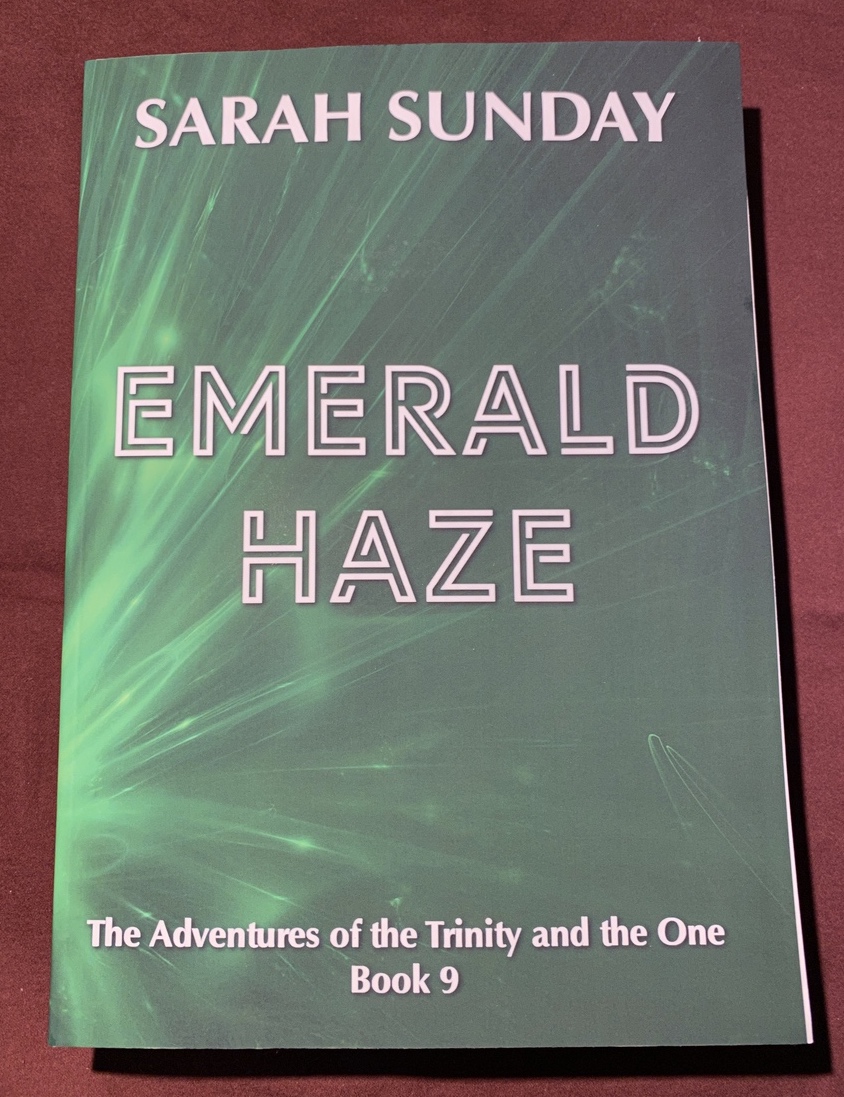 The print proof copy of Emerald Haze has arrived! I am very pleased with how it turned out. This was the first copy I ordered using Lulu’s new interface and option set. The new Lulu interface was SO easy to use and the new options were fantastic. If anyone from Lulu is reading, thank you for all your hard work! It came together really well and so Emerald Haze’s print form has. Behold! {% include image-gallery.html gallery=page.general %} Size The...